The New Forest has now been declared a complete no BBQ and fire zone.

2020 saw a significant rise in the irresponsible use of BBQs, presenting a major risk of wildfire with potentially devastating effects. In just one weekend rangers working with the fire service extinguished over 60 unsafe BBQs. Numerous areas of scorched earth were left across the protected habitats when a fire warning is still in place.

The New Forest has now been declared a complete no BBQ and fire zone. BBQs and fires of any kind are no longer permitted in car parks or any areas of the Forest managed by Forestry England, National Trust, Hampshire and Isle of Wight Wildlife Trust and Wellow Parish Council. All BBQ facilities at Forestry England sites have been removed and prominent no BBQ signs are at Forestry England car parks and information points.

Following our plea, 50 shops and outlets in and around the New Forest have taken disposable BBQs off sale. We’re continuing the campaigning in 2022 and will be recruiting additional outlets this year to support a BBQ-free New Forest.

Outdoor fires in the New Forest fell by 40% in 2021 compared with 2020 and 30% less than 2019 before the pandemic. We have worked with independent and national retailers to ban the sale of disposable BBQs in and around the New Forest. Neighbouring councils such as Bournemouth Christchurch and Poole Council and Dorset Council have now also set up campaigns to control the use of disposable BBQs in protected landscapes and have been asking local retailers to withdraw them from sale.

In June 2021 Co-Op led the way nationally, taking the unprecedented decision to remove disposable BBQs from sale in stores within a mile radius of national parks in the bid to stop wildfires.

In March 2022 Waitrose and Aldi decided to nationally ban disposable BBQs in all their stores to reduce fire risk and cut down on waste by taking single-use BBQs off sale. Aldi said its ban on them would remove 35 tons of single-use waste packaging.

Selaine Saxby MP is presenting a 10 Minute Rule Bill on 22 November 2022 to restrict the use of disposable BBQs.

We still need your help. Please ask your local store to stop selling disposable BBQs and to display the poster shown below. If you’re a retailer, please let us know you’re supporting our campaign by emailing communications@newforestnpa.gov.uk, and we’ll add your name to the list.

3 AUGUST 2022: Marks & Spencer announced it will ban the sale of disposable barbecues across all its UK stores to help protect open spaces and reduce the risk of fires. They had already stopped selling disposable barbecues near national parks and in London but given the unusually hot and dry conditions, they took the precautionary step of removing them from sale across the UK.

17 NOVEMBER 2021: Motion for leave to bring in a Bill on disposable BBQs

The New Forest campaign is cited as an example.

13 MAY 2021: Retailers and landowners back ban the BBQ campaign.

15 JUNE 2021: Co-op stops selling disposable barbecues in 130 of its stores that are within or border national parks

20 JULY 2020: Over 50 retailers have removed disposable barbecues from sale in a bid to protect the New Forest National Park from being destroyed by fire.

8 JUNE 2020: The New Forest National Park Authority is calling on retailers across the Forest to remove disposable barbecues from sale and for a continued ban on fires and barbecues in the open countryside of the National Park. 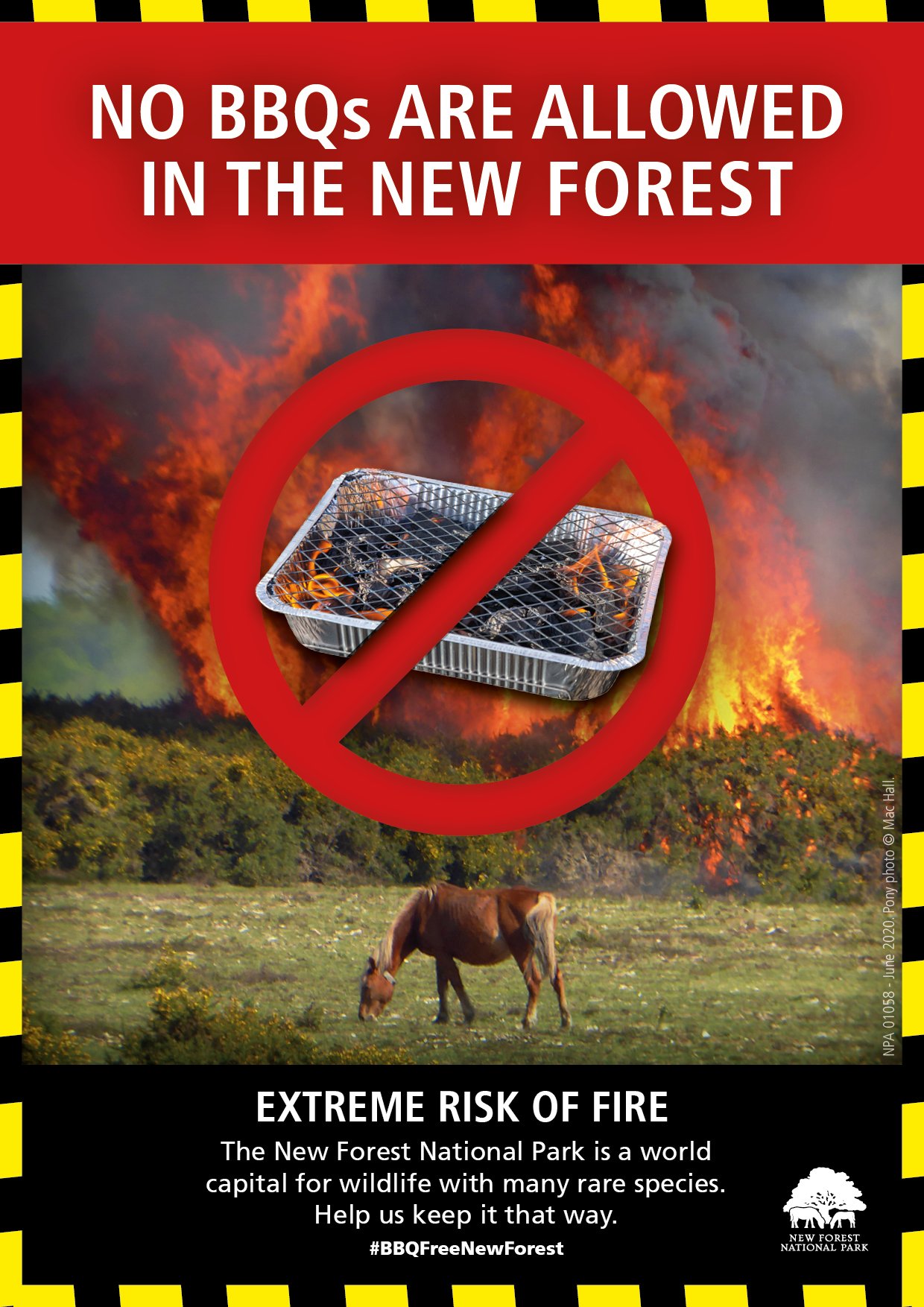 There are many ways you can join in the work of caring for the New Forest.