Ecosystems on the land and in the ocean capture carbon dioxide (CO2) from the atmosphere and store it in their vegetation, soils and sediments. If left undisturbed, this can accumulate into vast stocks.

Disturbing or degrading these ecosystems can mean carbon is released back into the atmosphere as carbon dioxide.

The graphic above shows the powerful force of the land and oceans as a net sink for carbon and the significant degree to which they counteract the effect of burning fossil fuels.

The degree to which ecosystems globally are being disturbed and degraded threatens the natural world’s ability to act as a carbon sink and help us tackle climate change.

Land managed for intensive agriculture, deforested and generally degraded is responsible for 23 per cent of global greenhouse gas emissions (IPCC 2019).

The Climate Change Committee (CCC), the UK government’s independent adviser on climate change, says that it is critical the use of land in the UK is changed, especially agricultural land, to achieve net zero emissions by 2050.

While there are multiple demands placed on land use, climate change mitigation must become a strategic priority.

They state that around one-fifth of agricultural land needs to be released by 2050 for actions that reduce emissions and sequester carbon – about 14% of the UK’s land area.

The New Forest is one of the most important places for nature conservation in Europe because of the size, quality and diversity of its wildlife habitats. In particular:

Conserving and restoring natural ecosystems can reduce the amount of carbon dioxide released into the atmosphere and allows areas of land to store carbon and become ‘carbon sinks’.

The New Forest National Park acts as an important carbon sink, storing significantly more carbon per hectare in vegetation and soils than the surrounding area, as shown in the map above.

The effect of climate change on the New Forest

Climate change is the biggest long-term threat to the New Forest National Park. The impact of climate change on the New Forest is likely to be wide reaching, with warmer, wetter winters, hotter, drier summers, rising sea levels and an increasing frequency of extreme weather events. The effects of these changes are already being seen and increasingly will have an impact on our wildlife, local livelihoods, human health and wellbeing.

Conserving and restoring the New Forest’s diverse mosaic of habitats will help increase the National Park’s resilience to the effects of climate change, helping it adapt to new conditions. The actions we take to conserve and restore our Forest will help tackle climate change in two ways: firstly we can reduce the amount of carbon dioxide going into the atmosphere, and secondly we can increase the amount of carbon dioxide we take out of the atmosphere.

We have around 90 valley mires in the New Forest – 75% of valley mire systems in Western Europe. They are one of the most important lowland peatland systems.

Normally, when plants die they decompose, releasing carbon dioxide into the atmosphere. Our peatlands are wetland habitats where waterlogging has prevented these processes from happening. Carbon is stored in the dead plant remains which have built up in our peatlands over thousands of years. It is locked away from the atmosphere, helping prevent climate change.

In the UK, peatland stores up to 2,000 tonnes of carbon per hectare making it the UK habitat with the greatest capacity to store carbon. Compare this to ancient native woodlands, the habitat with the next largest store of carbon in the UK, which on average only store around 400 tonnes of carbon per hectare, one fifth of the capacity of peatlands. As the water-logged, acid conditions of peatlands prevent plants decomposing, they build up carbon stores indefinitely, unless conditions change e.g. drying out.

Peatlands are capable of accumulating carbon stores indefinitely as dead plant matter continues to accumulate and build up. They are unique in their ability to do so as other habitats reach an equilibrium where the amount of carbon they remove from the atmosphere (sequester) is equal to the amount produced.

New Forest woodlands are very diverse in age, with native ancient woodland from the 17th century and native woodland that has grown since then. The New Forest also contains conifer plantations grown for timber production.

Of all habitats, woodlands have the largest potential carbon sequestration rates. however their potential is influenced by a myriad of factors including their age, species, as well as soil and climatic conditions.

As important as tree planting and if not more, is preserving the New Forest’s native ancient woodlands. They are a significant long term carbon store estimated to store around 200 tonnes of carbon per hectare.

Their survival is threatened by climate change due to for example the arrival of new pests and diseases, drought and flooding. Woodlands with good genetic diversity are more resilient to pests and disease so it is important woodlands are protected so they can naturally regenerate.

The New Forest is unique in supporting a very wide range of heathland habitat ranging from dry through to humid through to wet. These habitats have internationally important conservation value.

Most of England has been intensively managed for a long time meaning much of the soils, vegetation and sediments have been disturbed and have emitted much of the carbon they had stored back into the atmosphere.

The heathlands of the New Forest represent extensive undisturbed habitats which have retained their carbon stores, the majority of which is in the soil rather than the vegetation.

The grasslands of the New Forest are grazed to varying extents and this grazing pressure is important for maintaining the diversity of plant species that contributes to the conservation value of the New Forest.

In total there are 32 water bodies in the New Forest including rivers, streams, brooks and ponds or lakes.

These range from larger rivers such as Lymington and Beaulieu to shorter streams and brooks. The New Forest streams are geographically isolated making them unique in lowland England. There are a number of ponds in the New Forest which support an outstanding array of plants including nationally scarce/rare species.

Extensive wetland restoration work has been undertaken in the New Forest to tackle agricultural pollution run off into freshwater habitats and by continuing the work, the climate mitigation potential of these habitats can increase.

The New Forest has around 40 miles of coastline, ranging from sandy beaches to saltmarshes and cliffs. Around 90% of the coastline has some form of nature conservation designation and it is host to many important habitats and species. Hampshire contains one of the largest saltmarsh areas in England.

Saltmarsh sequesters and stores carbon in significant amounts in the sediments and the restoration of these habitats is receiving increasing attention due to their carbon sequestration potential.

The New Forest saltmarsh habitat is very vulnerable to sea level rise induced by climate change, and to damage from ferries and storms.

Preserving the saltmarsh serves both a climate change mitigation and adaptation function. It will help retain its carbon stores and helps protect the land as sea levels rise too.

Emissions from agriculture make up about 10% of UK emissions and agriculture is a significant land use within the New Forest.

Even tilling the soil – breaking it up with ploughs and other machinery – exposes carbon buried in the soil to oxygen in the air, allowing microbes to convert it to CO₂.

There are many opportunities to reduce the carbon impact of farming and use the land to store and sequester more carbon.

Actions that reduce carbon impact of farming include reducing fertiliser input and preventing its run-off into waterways. 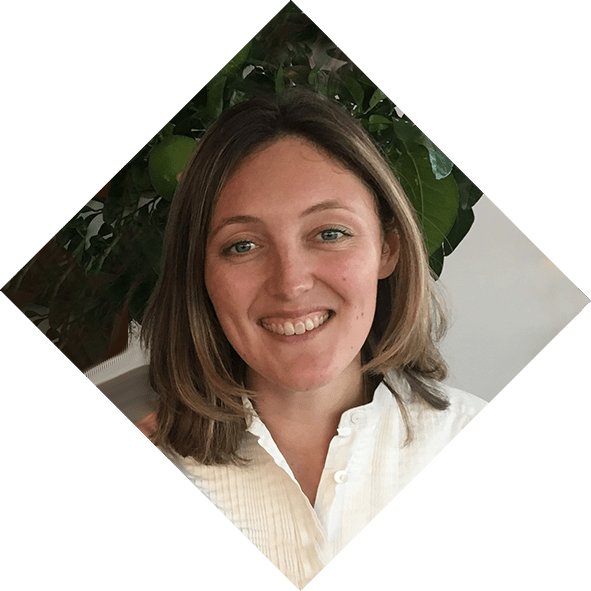 'Nature recovery is key to tackling the climate crisis.'

More on Climate and nature emergency

Climate and nature emergencyThe climate crisis is the most significant long-term threat to...
Net zero with nature programmeWhat is Net Zero with Nature? We’ve made a commitment...
New Forest Awakening FestivalJoin us in tackling the nature and climate emergencies The...
New Forest Awakening Festival 2021 – event recordingsIn February 2021, we hosted the first Awakening Festival, a...
New Forest Climate and Nature ChallengeWill you join us in the New Forest Climate and...
Pioneering new approaches to nature restoration and climate resilienceIntroduction to the project What new approaches are we trialling?...
Reducing our organisation’s carbon footprintSustainability is at the heart of the National Park Authority...
Simple tips towards sustainable livingWe can all help to protect the planet and tackle...
Sustainable communities projectsSince 2006 we have funded sustainability projects within the National...
Sustainable transportMore than 95% of visitors to the New Forest National...
The New Forest’s role in combatting climate changeHow nature helps us tackle climate change Ecosystems on the...
Working with communitiesWorking with our communities is crucial in tackling climate and...