… And how its management provides public goods to the nation

A report was produced in 2019 which assesses the New Forest’s valuable natural assets – or ‘natural capital’, such as rivers, soils and woodland, and how these can be managed to benefit society.

It is in response to the Government’s pledge to replace the current EU system of financial support for agriculture with one based on ‘public money for public goods’ – where payments will be given based on what farmers and land managers are doing to help society rather than the amount of land they own.

The report assesses how this concept can be applied to the New Forest and its uniquely special landscape. Not only is the New Forest home to a diverse range of species (many of which are rare), but it’s managed using traditional practices at a scale that has long disappeared from the rest of western Europe.

In particular, commoning is central to maintaining the landscape – the animals’ grazing helps create the mosaic of habitats found here.

However, commoning is voluntary, and the traditional management of the Forest relies on direct support and specially-developed agri-environment agreements to survive. The largest of these schemes – the Verderers of the New Forest Higher Level Stewardship Scheme (HLS) worth £19m over 10 years – is about to come to an end.

The new report ‘Understanding the New Forest’s Natural Capital’ gives an invaluable evidence base and proposes a structure to help create a replacement for the current system that will be specially suited to the New Forest area.

The report was commissioned by the Forest Farming Group, which was formed of statutory and voluntary groups shortly after the Referendum in 2016 to put the case for a bespoke and locally-led scheme of payments for public benefits to reward the New Forest’s farmers for the environmental services that they provide, either through practising their common rights or managing their land within and around the National Park.

The New Forest is a highly protected landscape and much-treasured national asset, providing a multitude of public goods for the benefit of society.

Together, the Forest Farming Group can help make it an exemplar of that principle by putting natural capital at the core of our future management plans and decisions. 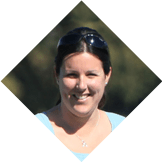 'We help commoners to continue their ancient way by providing grants, training and advice.'

Working with our partners to ensure nature is protected in the National Park and given the chance to flourish.

Biodiversity Action PlanWe work with other organisations to protect and enhance the...
Farming in Protected LandscapesFarming in Protected Landscapes is a grant programme for farmers...
Franchises Lodge nature reserveIn the north of the New Forest a secret forest...
Ground nesting birdsThe New Forest is a great place for all sorts...
Higher Level StewardshipThe New Forest Higher Level Stewardship (HLS) scheme is England’s...
Land Advice ServiceAn independent service for the land managing community in and...
Protecting vergesNew Forest verges are among the most important in Europe,...
Rivers and streamsThe New Forest contains many small rivers and streams which...
Understanding the New Forest’s Natural Capital… And how its management provides public goods to the...