Drivers need to proceed with care on all open Forest roads. However, it is clear from the maps of where most animal accidents happen that some routes warrant a higher level of warning signage or other specific initiatives.

Signs, both at the start of and at intervals along high risk routes, are important both to influence driver behaviour and to ensure that, in the event of an incident, they cannot claim that they had not been warned.

That said, it is easy to overestimate the effectiveness of signs and even the best designed signage detracts from the open, natural landscape. The evidence shows that most animal accidents are caused by local drivers who travel along the same roads regularly – often several times a week. They will have seen both the signs and the grazing animals very many times. In recent years signs with messages that can be changed (usually at quarterly intervals) have been developed to catch the eye of these local drivers.

Hampshire County Council is the Highway Authority responsible for signs on the public highway throughout the area where commoners’ animals graze. Changes to signs about animal accidents are normally agreed with the Verderers, Commoners Defence Association and National Park Authority, and implemented by the County Council.

Physical measures, such as pinch points that ‘force’ traffic to slow down, are also considered. Pinch points are more usually installed to reduce traffic speeds within villages, and there are six on the road between Burley and Thorney Hill designed to protect drainage culverts under the road.

Routes with specific initiatives include:

Accident statistics are monitored so that where possible, evidence is collated that shows the interventions have had the desired effect. Although other factors are doubtless involved, data for the B3054 and Burley Road initiatives both indicate reduced accident rates; it is too early to draw conclusions about other routes. 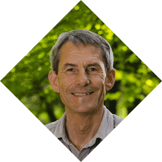 'The ponies and other animals have no road sense and walk on the unfenced roads, so give them a wide berth and be especially careful at night.'

We work with partner organisations to enable the ancient practice of commoning to thrive.