A contender for the oldest tree in the New Forest, the Moyles Court Oak can be seen on this trail, which goes around Rockford Common. The route is steeped in history with evidence of over 4,000 years of land use and farming, as well as houses, first built to help the poor, now worth over £1 million. A big impact on this area was made by the construction of RAF Ibsley during WW2. The common was used for military manoeuvres with slit trenches and gun emplacements. 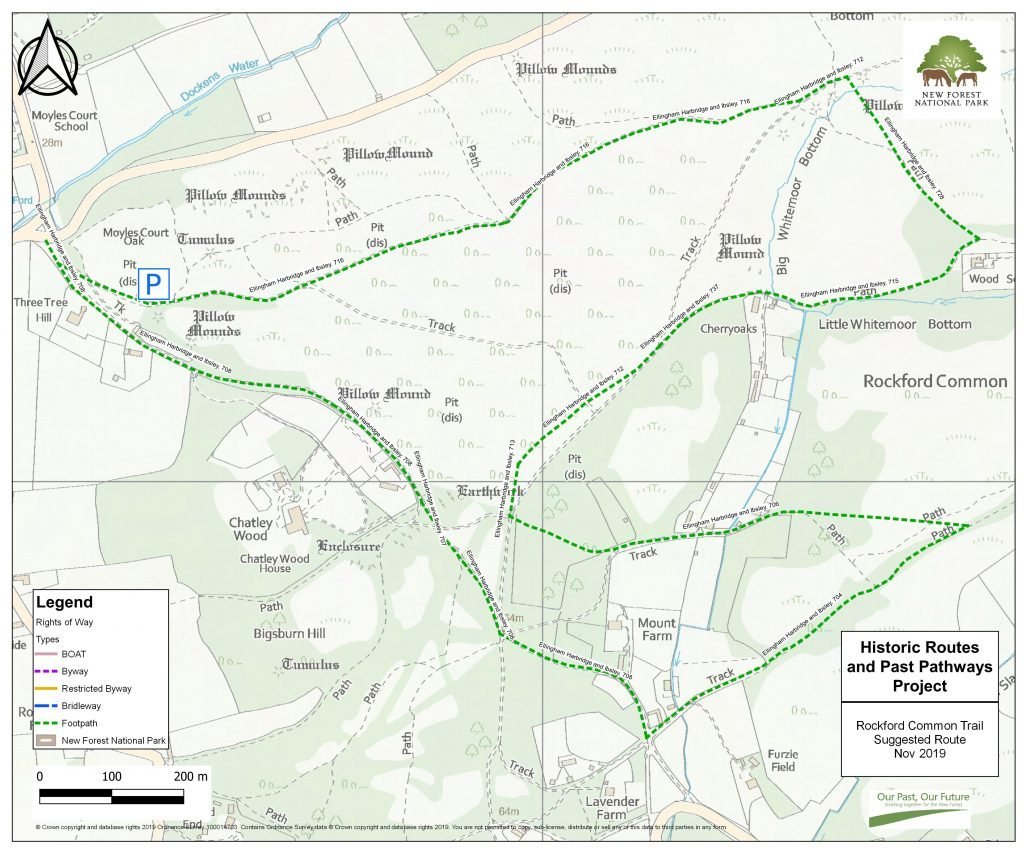 The Rockford Common route is a preview of one of five new self-guided walks we are developing along existing rights of way in and around the New Forest National Park. All landowners have and are being contacted. However, if you’re a landowner of one or more of these rights of way but have not heard from us yet, please get in touch.

Just getting to the National Trust car park at Moyles Court sets the historical tone for this varied route around Rockford Common. The Moyles Court story – from the Lisle family sheltering dissidents after the Monmouth Rebellion, to officers’ quarters in WW2 – can be expanded to any limit.

The oak tree by the water splash vies with Knightwood Oak to be considered the oldest tree in the New Forest. Close to the car park is an enormous sand pit which once supplied building sand by the cart load.

Medieval, and slightly later, farming is in evidence between the two tracks up to the common by a pillow mound, a bee garden and a quarry. Clusters of pillow mounds, which are generally understood to have been used for medieval rabbit keeping, are spread over the south and west facing slopes all around the common. Bee gardens – as rectangular or round low enclosures with a low fence to protect straw beehives, known as skeps, from livestock – were all around the common to harvest honey from the heather.

Unlike much of New Forest moorland, Rockford Common was in the estates of either Moyles Court, or latterly Somerley. The family of Lord Normanton bought both estates in 1825. The National Trust bought about 1,500 acres of common land at Ibsley and Rockford in 1999

The most dramatic change to the landscape at the top of the hill and to the south of the clockwise route is not well recorded. From 1908 to 1964 there was one small gravel pit of about three acres. The battle to prevent further extraction lasted from 1964 to 1966 but was eventually lost and up to six metres’ depth of gravel was stripped from most of the western end of the common.

This first section of the route from Moyles Court is marked on Taylors map of 1759. At Whitemoor Bottom it joins a track which was noted by Greenwood in 1826. This was a main communication corridor from Highwood to the detached part of the old Ellingham parish at Linwood and on to Fritham.

Near the path south from Big Whitemoor Bottom, a burnt mound has been noted. These are generally found near watercourses and were the result of heating large volumes of water by tipping in red hot flints. There is no agreement on what they were used for but there are several over this area.

On open moorland north of Waterslade, at what is now Wood Sorrell, the Ellingham Church wardens bought six acres of land in about 1835. They built two pairs of semi-detached cob and thatch cottages for the relief of the poor of the parish. In 1861 there were four families, with a total of 24 people, living there. It is now a distinctive £1.25 million property.

There is an Iron Age earthen bank enclosure just to the north. The route turns back to the west and runs to the north of a tongue of enclosed land at Cherry Oaks. From the high spot at the south east corner of the gravel extraction, a path from 1826 leads to an important ancient roadway mapped in 1749.

At the top of the hill the route runs east through a long copse and on towards Stoney Cross. The route follows it as it descends west to Mounts Farm and becomes a well-worn hollow way. The turnpike was created from Cadnam to Ringwood and on to Longham in 1786. There is the possibility that this route was a bypass for the tollgate at Picket Post. From Mounts Farm a track from 1749 leads back to the car park.

An enormous impact on this area was made by the construction of RAF Ibsley during WW2, when the common was used for military manoeuvre with slit trenches and gun emplacements. There is recorded history from a former pupil at Rockford School (later taken over by the Alice Lisle pub) who saw the fighter planes roaring off. 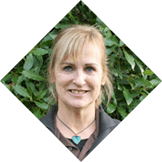