The New Forest National Park Authority has resolved to approve a redevelopment proposal on the site of the former Fawley power station, subject to planning conditions and the completion of a legal agreement.

The proposal by Fawley Waterside Ltd is to redevelop the power station site, including:

The proposed development will be served by a new access off the B3053.

As the proposals encompass land within the New Forest District and New Forest National Park, separate outline planning applications were submitted to both authorities.

At a virtual meeting, held on 28 July, the Authority’s Planning Committee voted to approve the scheme which is the most significant to have ever been considered by the National Park Authority. This followed a positive resolution by New Forest District Council at its Planning Committee on 27 July.

The National Park Authority continues to work closely with New Forest District Council, Hampshire County Council, Natural England and others as the detailed proposals for the site ae developed. The redevelopment of the site will be delivered in accordance with a detailed phasing and legal agreement.

View the planning application and all the supporting documents to:

Summary: Outline application for land within the New Forest National Park Authority comprising the removal of structures on the quarry site and provision of 120 new homes, 1,000 square metres of new civic space including provision for Early Years Learning (Use Class D1), 200 square metres of drinking establishments (Use Class A4), a two form entry primary school, flood defences / sea wall, public open space and habitat enhancement of existing land, hard and soft landscaping, Suitable Alternative Natural Greenspace, a saline lagoon, tidal creek, reconfiguration of the existing access and creation of a new access from the B3053 and access road through the site, associated infrastructure and engineering works (access to be considered).

Summary: Land within the New Forest District Council comprising the demolition of ancillary power station buildings and provision of 1,380 new homes, 95,300 square metres of new commercial, civic and employment space (Use Classes A1, A2, A3, A4, B1, B2, B8, C1, C3, D1 and D2), enlargement of the dock and creation of a canal within part of the turbine hall basement, refurbishment of the remainder of the turbine hall basement to create a 2,100 space car park, surface car parking, a boat stack, public open space, Suitable Alternative Natural Greenspace, primary access road through the site, flood defences / sea wall, raising site level, hard and soft landscaping, associated infrastructure and engineering works (Outline Application with details only of Access).

The Secretary of State has since confirmed in a letter that he does not wish to call-in the applications for his own determination.

Our Local Plan sets out the suite of policies for the National Park and you can see the policy for the Fawley Power Station site on page 74 of the Plan. 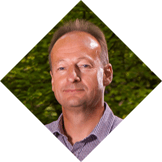 'Our planning work promotes high standards of design in development while retaining and enhancing the Forest’s character.'

This section enables you to view or comment on current planning applications.

Fawley Waterside planning applicationThe New Forest National Park Authority has resolved to approve a...
Guide to commentingOnline: Go to view planning applications and complete at least one of the...
Guide to viewingUse these links for guidance on how to view planning...
Material considerationsWhat are material considerations? When reviewing your comments on an...
Neighbourhood planningNew Milton Neighbourhood Plan - 'made' July 2021 The draft...
Petlake Farm Direction and NoticeThe Authority issued an Article 4 Direction in November 2020...