As the planning authority, the National Park Authority has been asked by the RMS Steering Group to look at creating a planning tool called a Local Development Order (LDO) to help us look at car parking as a first step.

An LDO would establish a rationale and criteria for where and how much car parking should be provided. Landowners would then be given planning rights to make changes by following these ‘ground rules’.

There would be no net increase in the overall number of spaces but we would look at their distribution to see if they are in the right places.
We know that most people travel to and around the National Park by car, so the locations where they can park greatly influence where they then spend most time.

Forestry England (the main landowner in the National Park) currently has powers to close car parks if it chooses without needing planning permission, but not to increase the size of car parks, or build new ones. An LDO would change this.

Selected landowners could be given permitted development rights to create new parking provision so long as this is achieved within strict criteria which would, for example, require a net gain to the Forest’s natural habitats as well as benefits to people.

Thresholds would be set, above which planning permission would still be required.

To create an LDO, the NPA would need to consult with stakeholders and the public. These consultations will be widely publicised in due course. The process is likely to take about a year (to be completed in 2020).

Any landowner that subsequently wanted to make changes to their car parks would need to follow a ‘prior notification’ process. People would be able to comment on proposals so that improvements are as good as possible.

Securing the history and heritage of commoning in the New Forest

Securing the history and heritage of commoning in the New Forest

Fascinating accounts of commoning life have been brought... 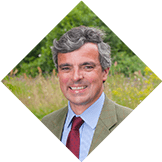 'We must all work together to manage recreation and ensure the Forest is fit for the future.'

Managing recreation in the National Park is an important task for a range of local organisations.

AccessThe New Forest National Park is freely accessible for you...
Cycle eventsWe support cycling in the National Park, whether for work...
Future ForestWelcome … to an important debate about recreation in the...
New Forest Dogs ForumThe National Park Authority recognises the many benefits of dog...