Thanks to everyone who took part in our 14th birthday challenge on Facebook.

You’ll find the answers below along with some interesting facts about each one. If you have an interesting fact about any of places or wildlife featured, please drop us a message in the comments section – we’d love to hear them! 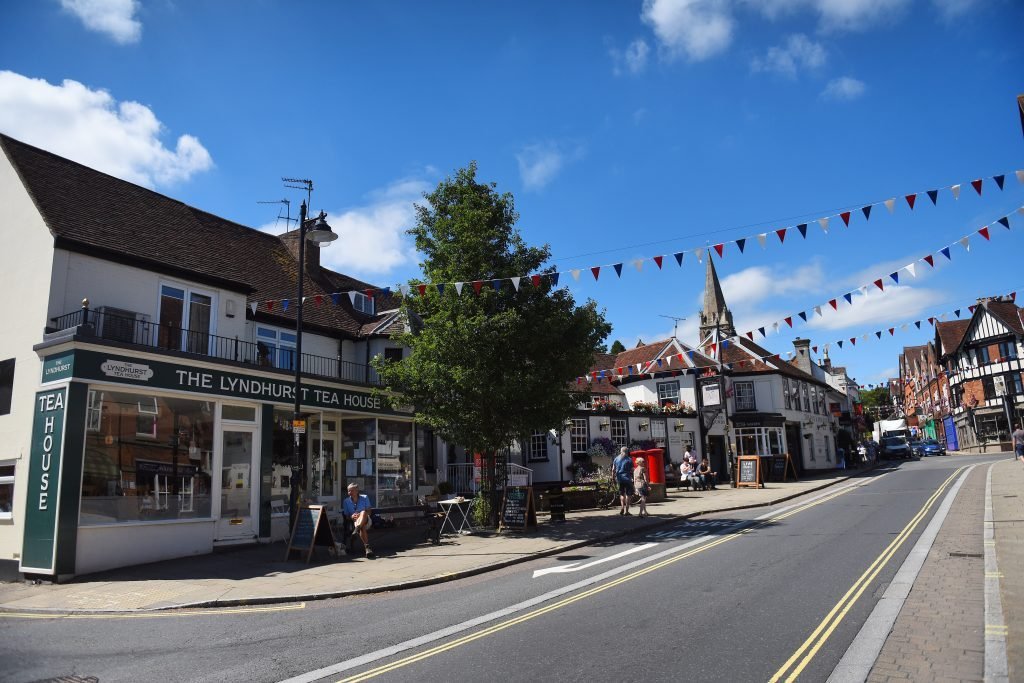 Lyndhurst – home to the famous landmark Bolton’s Bench, with views across open heathland and the spire of St Michael’s & All Angels Church. You’ll find a number of shops, cafes and pubs along Lyndhurst’s high street, and it’s home to the New Forest Heritage Centre. 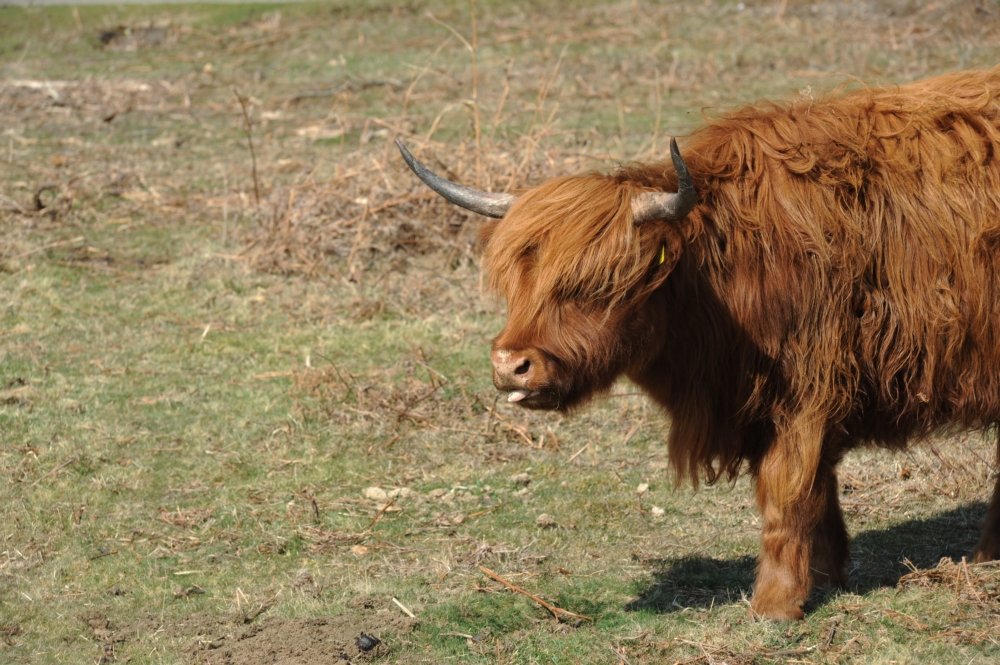 Highland cow – you might have seen them roaming the Forest with their large horns and shaggy coats. A variety of breeds of cattle roam the National Park, with Galloway and Hereford crossbreds being particularly popular for their hardiness. The roaming cattle are owned by commoners and without this ancient system of farming and free-roaming animals, the Forest would cease to be the unique place that is so special to many people. Although common rights were once widespread in Britain and Europe, they have been lost in many areas due to the enclosure of common land and the demise of former Royal forests. The New Forest remains one of the few extensive lowland commons where rights are still widely practised and a strong commoning culture continues. 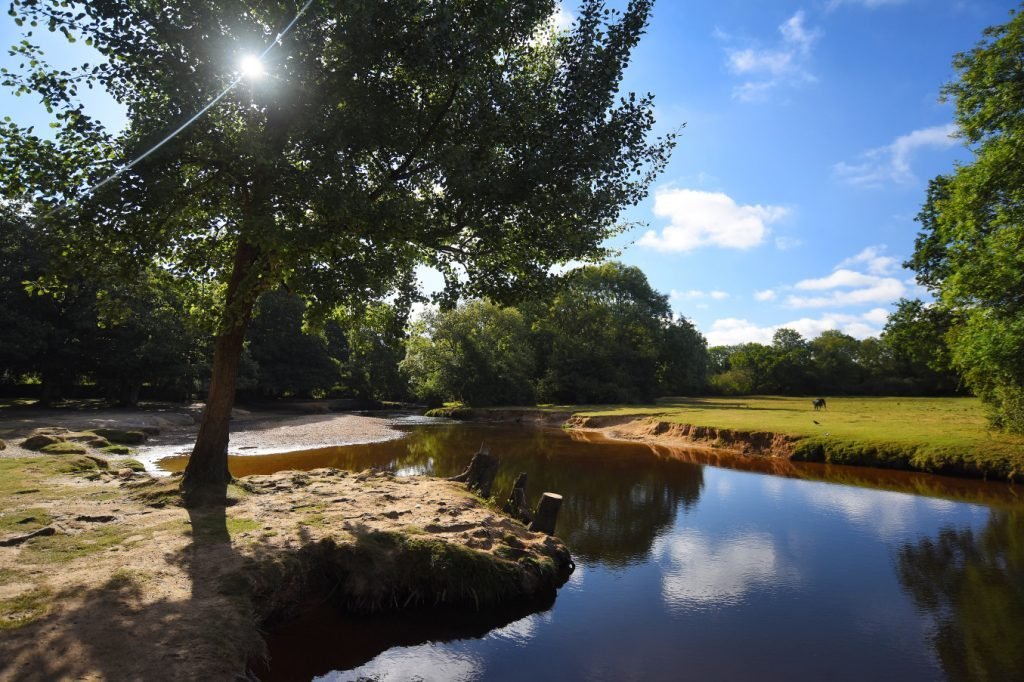 Balmer Lawn – a spot for roaming animals to cool off in the sun, did you know that Balmer Lawn Hotel played a key role in the First World War? The hotel and its surrounding land was donated to the war effort by Mrs Morant of Brockenhurst Park and it formed part of the Lady Hardinge Hospital for wounded Indian soldiers between 1914 and 1915. The New Forest is home to fascinating historical sites, houses, gardens, museums and art galleries for you to explore on a visit. 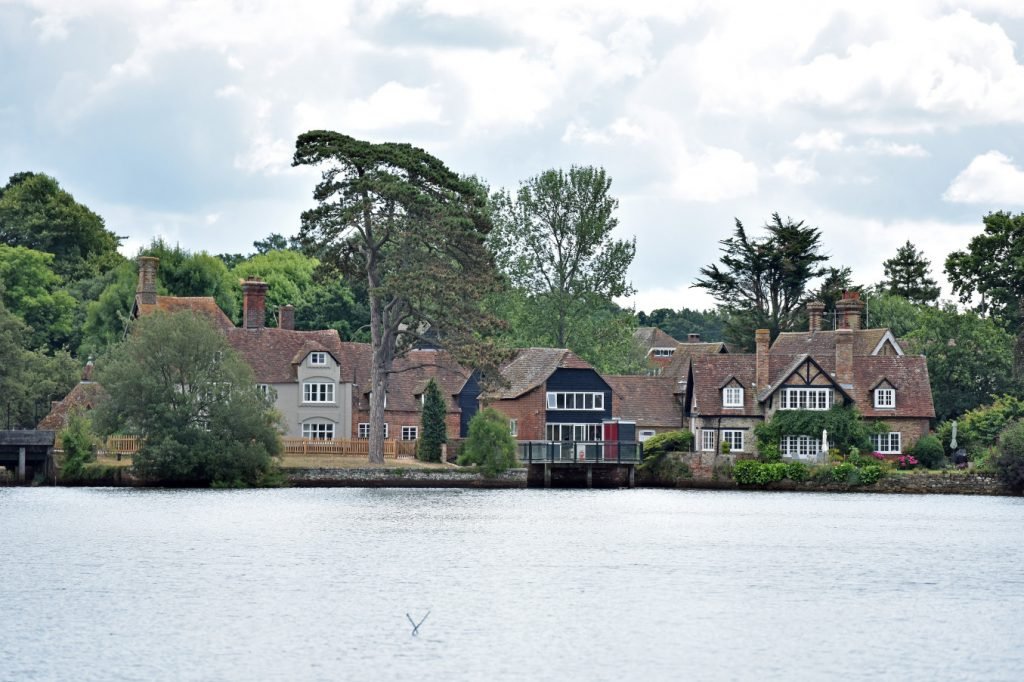 Beaulieu – a great place for riverside picnics, a stroll up its charming high street or a stroll to the historic hamlet of Buckler’s Hard. It’s a two mile walk between Beaulieu and Buckler’s Hard, past stunning river views. The Forest’s distinctive and attractive buildings also make an important contribution to the landscape’s unique character. 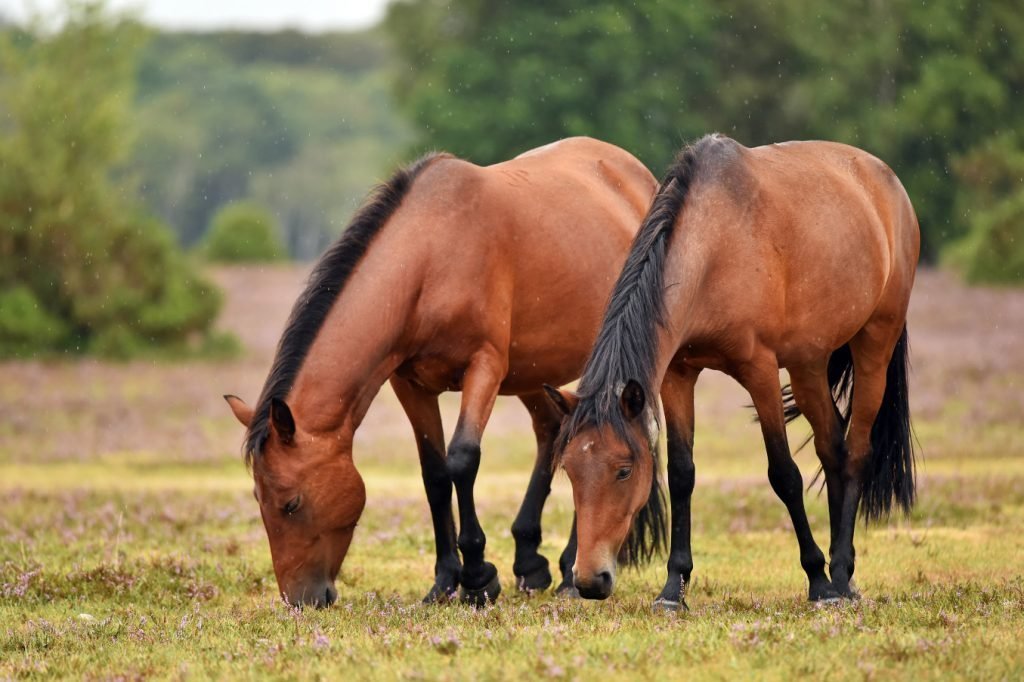 New Forest pony – one of the best-known images of the National Park. They are sometimes described as ‘the architects of the Forest’ because it is their grazing that creates much of what people know and love as the New Forest – the close-cropped lawns between the wooded areas and the distinctive browse line on the trees marking the highest point ponies can reach. New Forest ponies are turned out by commoners to help graze the Open Forest and are an important part of the commoning history of the National Park. 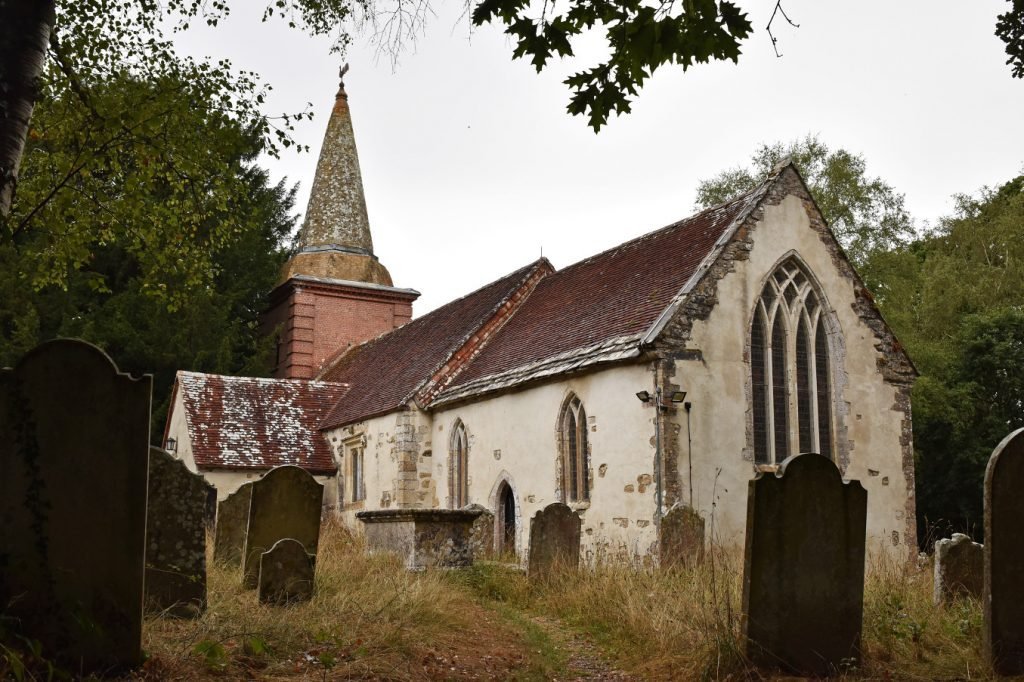 St Nicholas’ Church, Brockenhurst – many New Forest churches have fascinating historical, artistic and literary associations. This is the only church within the New Forest boundary to be mentioned in the Domesday survey of 1086. The grave of ‘Brusher Mills’, the famous New Forest snake catcher (died 1905) is in the churchyard. 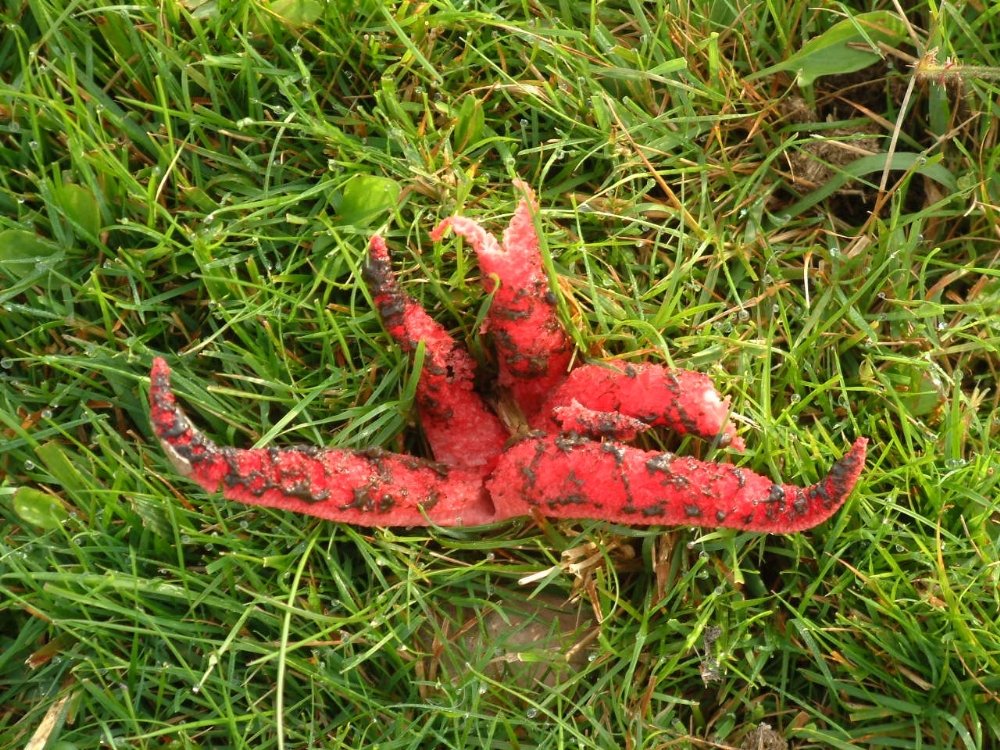 Devil’s fingers fungi – The New Forest is a special and nationally-important area for fungi. This is probably one of the best areas in Europe for the richness of species, as well as a stronghold for many rare and endangered species, and even some still being discovered that are new to science. Devil’s fingers (Clathrus archeri) is a rare fungus that was first found in the New Forest about 16 years ago. The fruit body is a soft, bright red, hollow, octopus-like structure that emerges from an ‘egg’. 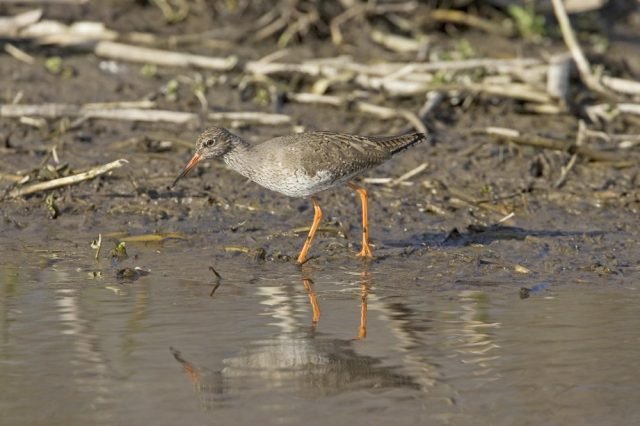 Common redshank – the New Forest is very important for wading birds during their breeding season. One of the best areas to find redshanks in the New Forest is the coast between Keyhaven and Lymington. Redshanks are mostly mottled brown, with red legs, red at the base of the beak and a conspicuous white trailing edge to the wings in flight. Waders nest on the ground and heathland and valley mires with areas of short vegetation and wet ground are essential to their survival. Because they nest on the ground in the open, breeding waders are very vulnerable to predators such as crows, badgers and foxes that eat the eggs or chicks. Nests can also fail if the adults are scared off the eggs too frequently – the eggs then get too cold, or the adult birds may simply give up trying to breed in the first instance. On heaths and wet ground, walkers should therefore keep themselves and their dog to the main tracks when waders are nesting (usually March – July). Keep your dog close to you and visible at all times – if necessary use a lead. 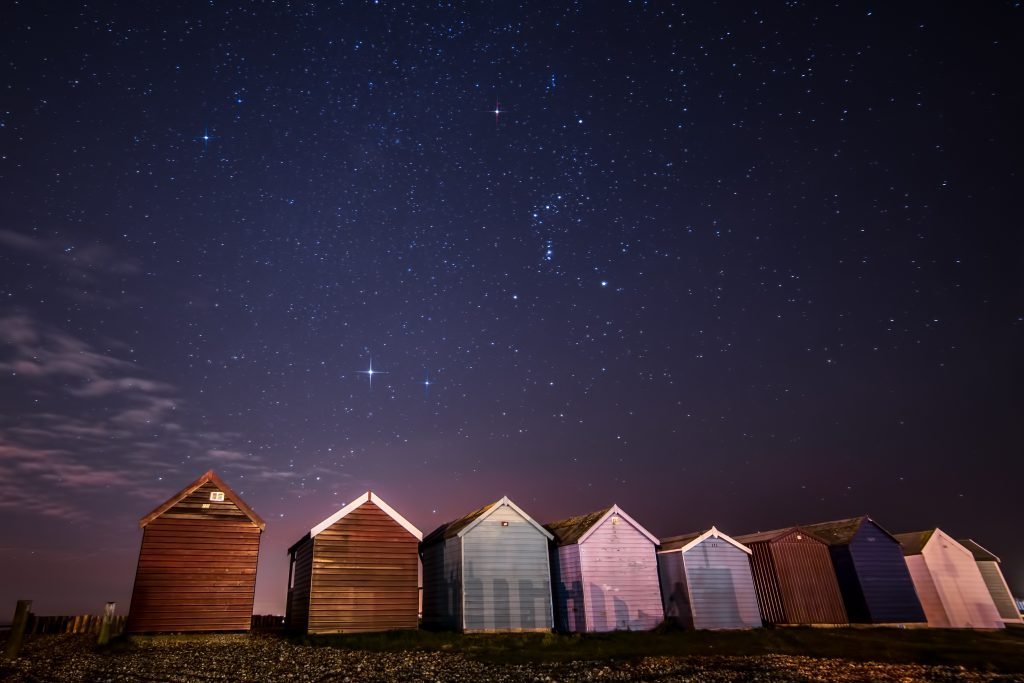 Calshot – the National Park boasts 26 miles of lesser-known but very important coastline. World War One flying ace Samuel Kinkead died in an accident at Calshot in 1928 while trying to be the first man to travel at more than 300mph. Image by Chris Nesbitt. 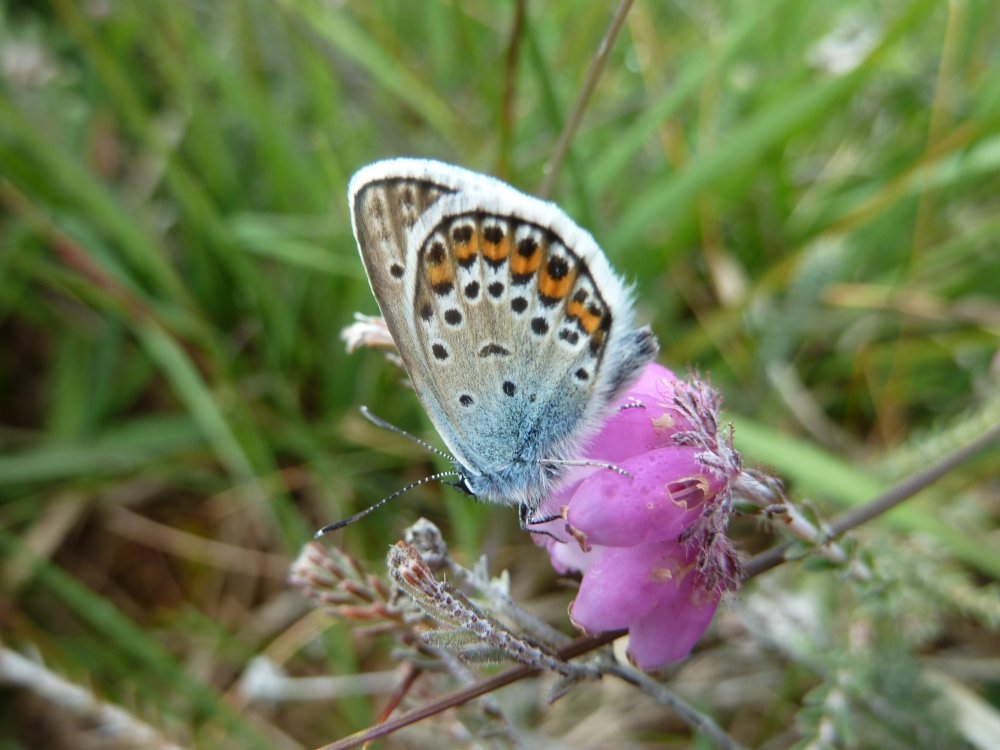 Male silver-studded blue butterfly – the New Forest boasts an impressive array of uncommon and special butterfly species. In the Forest silver-studded blues are quite common on large areas of heathland. Males can be told from any other blue by being bright blue and having a band of black at the edge of the wing. 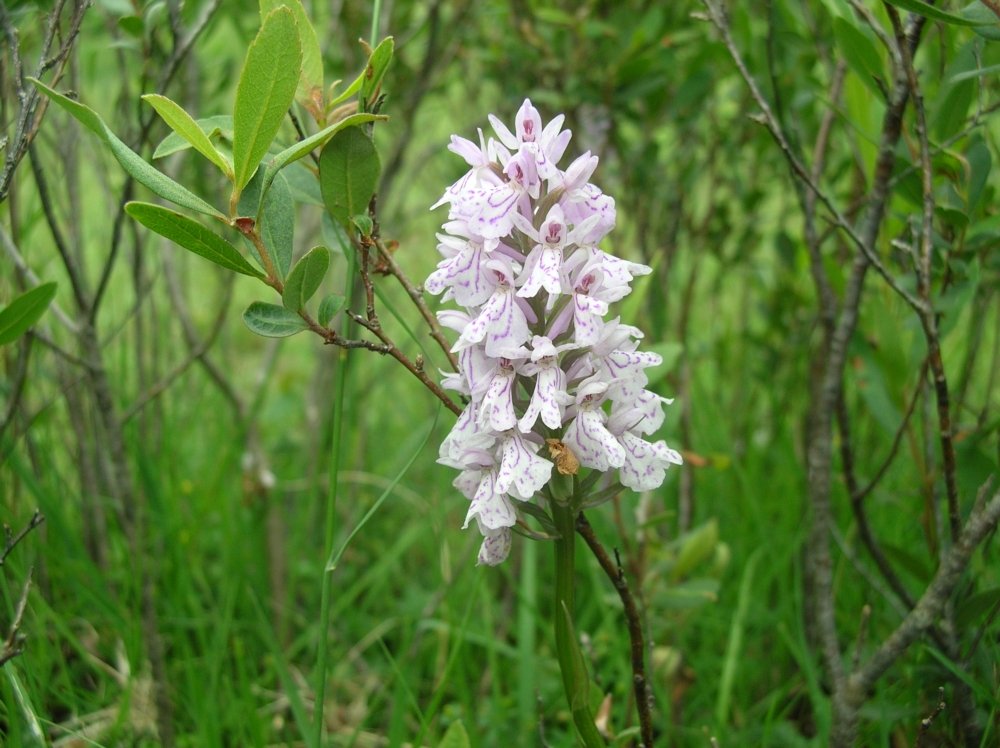 Heath spotted orchid – this is the most common in the New Forest and is quite widespread. Heath spotted orchids prefer damper areas, flushes and the edges of bogs. It is quite easy to find in many grassy areas in June and July. The lowland heathland of the New Forest, and other parts of southern England, is very special because of the warm, dry climate and the fact that it is on sandy soil. 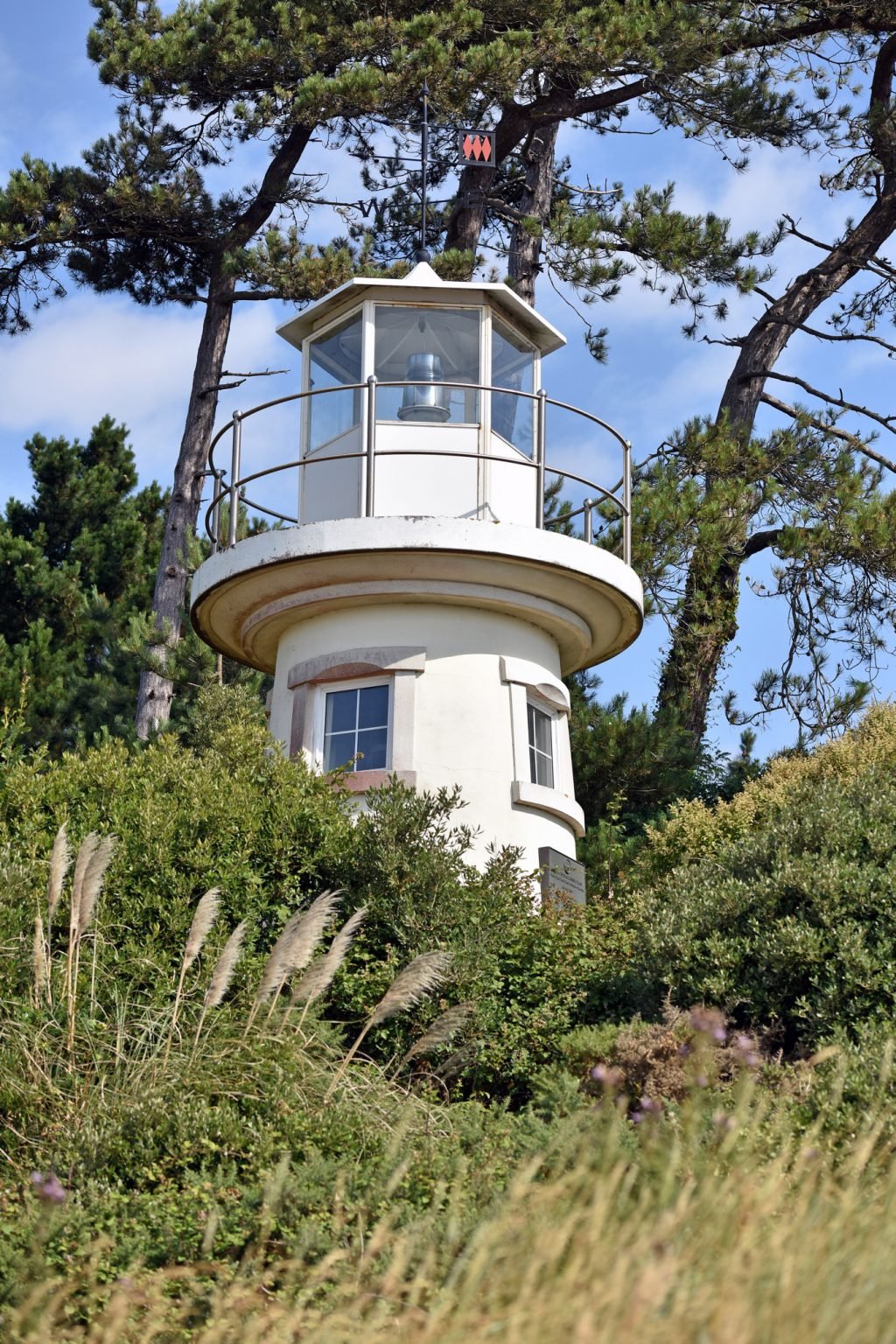 Lepe – Lepe Country Park has miles of shingle beach, wading birds and reminders of its role in D-Day during World War Two. Remains of the piers used for loading, refuelling and supplying fresh water to ships before they were deployed can still be seen. 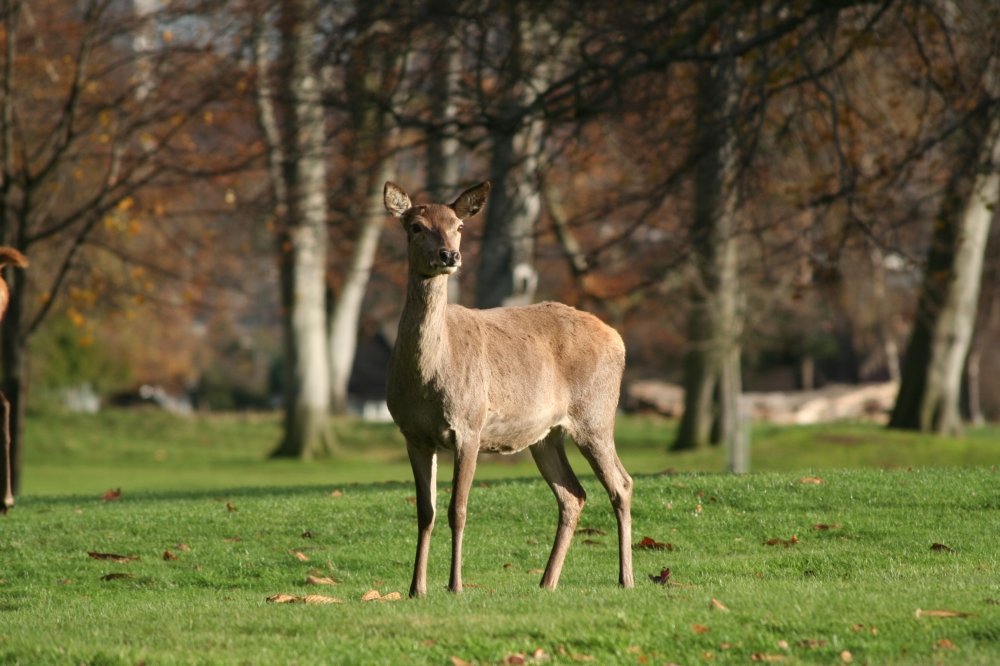 Red deer – five species of deer found in the wild in the UK call the New Forest home. The four most common species are fallow, roe, sika and red deer, but there are also small numbers of muntjac deer. The red deer is Britain’s largest land mammal and it is a true native species. The red deer is a rich red-brown animal about the same size as a cow with a pale brown patch on the backside. 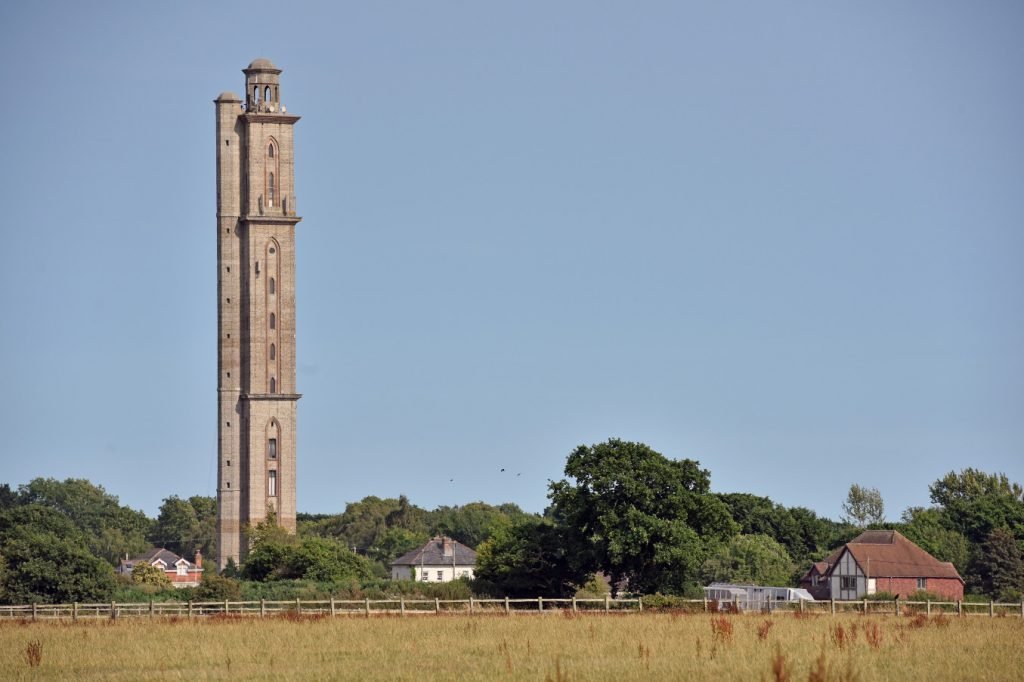 Sway tower – when Sway Tower was built it was the tallest unreinforced concrete building in the world and holds that record.